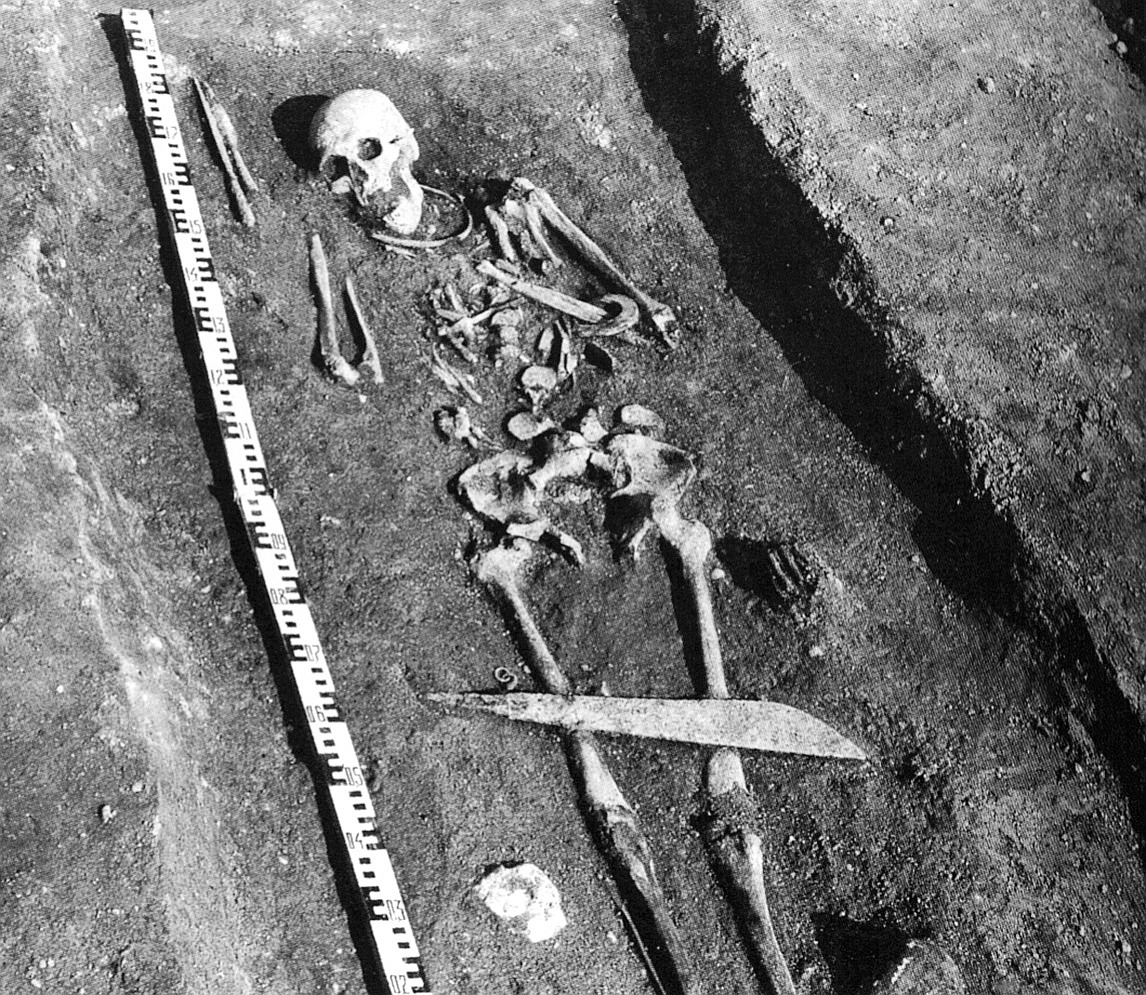 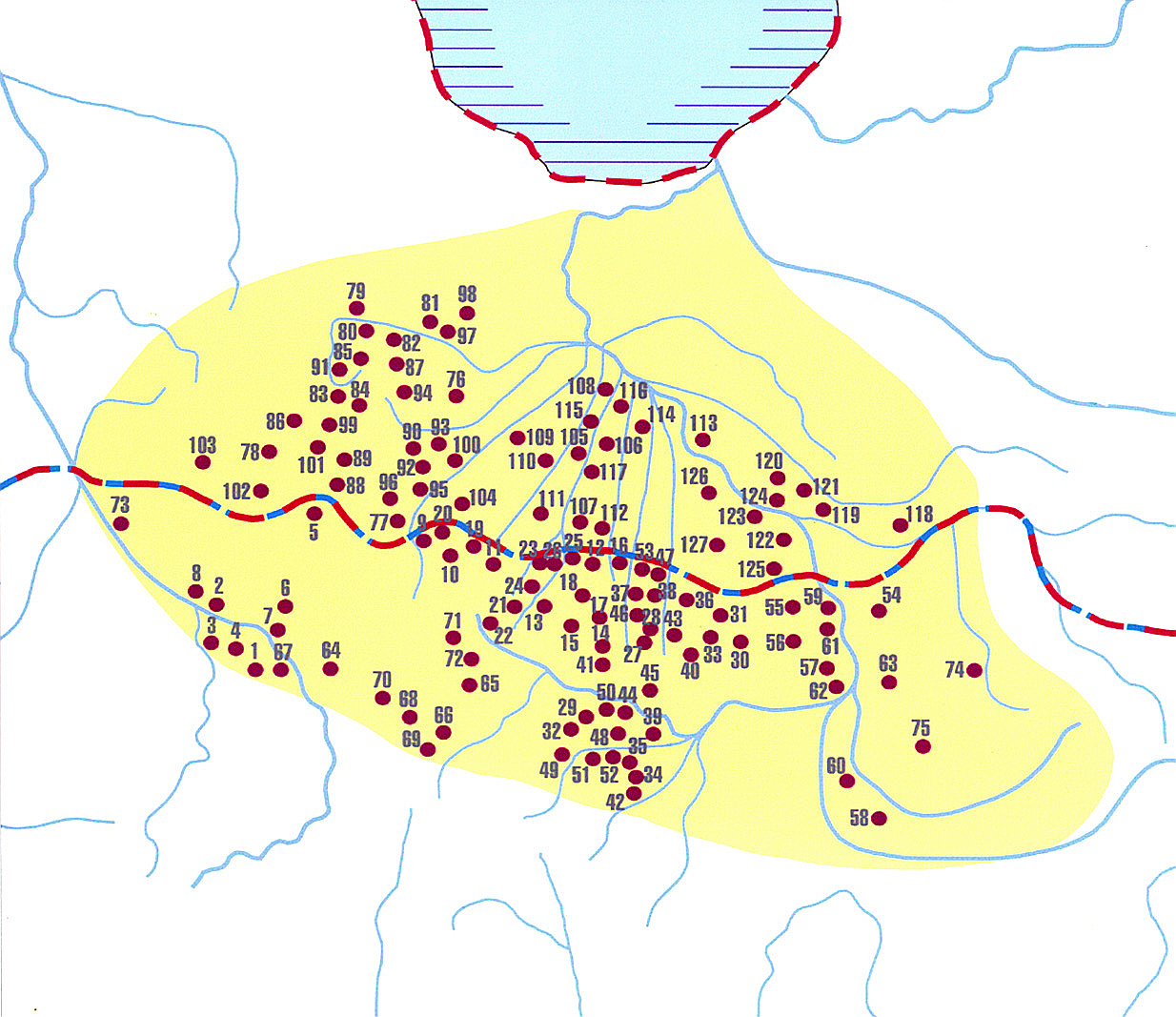 On the Ethnic Boundaries of Semigallia

August Bielenstein, a scientist of German descent working and living in Dobele (Latvia), was the first to address a series of complex questions of historical geography. He supposed that the western boundary between Semigallia and Courland stretched to the confluence of the Vadakstis and Agluona rivers, the southern boundary with Samogitians and Lithuanians ran across the forests to the south of Sidabrė (now – Joniškis District) and Meškuičiai. The southeastern boundary ran from Bauska along the Mūša River towards Panevėžys; the boundary with Selonians was marked by a belt of forests. In the north, the Semigallian lands must have stretched to the Gulf of Riga towards the mouth of the Lielupe River. The Latvian scientist Fr. Balodis associated Semigallians with a slightly larger area than any time before; however, according to him, the area was significantly reduced in the 5th–9th centuries: Semigallia no longer stretched to the Daugava River, while their inhabited area near the Gulf of Riga was far narrower. According to Maris Atgazis, Semigallia reached Lielstraupe in the east and stretched to Zante and Ezere in the west. Lithuanian researchers mostly focused on the southern boundary of Semigallia. They either limited this area with the Mūša River (R. Kulikauskienė) or expanded it to Svėdasai and Tauragnai (M. Alsekaitė) and Akmenė District (J. Puzinas) as well as the northern part of Šiauliai City (A. Tautavičius).

Two chronological periods should be clearly distinguished when solving complex issues of the ethnic boundaries of Semigallia: tribe separation and formation stage – 5th–7th/8th centuries and the period of its subsequent development in the 8th/9th–13th centuries. The territorial boundaries inhabited by Semigallians clearly differed in the aforementioned periods. Whereas in the early stage the area inhabited by Semigallians in the territory of what is now Lithuania covered the very northern border to the Mūša River only, the Semigallian monuments from the late period in the south stretched to the northern border of Šiauliai City, the southern border of Radviliškis District; furthermore, the data of recent years show that the territory extended even more southwards. The southernmost Semigallian burial sites known to this day are Šukioniai, Stačiūnai, Meldiniai dating from the boundary of the 8th–11th centuries – the 9th century. Lithuanian archaeologists associated their western border with the Venta River. As soon as the burial site of Pavirvytė was discovered and explored, the area inhabited by Semigallians proved to be stretched far more westwards than it was previously believed; therefore, the western border of Semigallia extended to the Virvytė River. The eastern-southeastern border of Semigallia is probably most difficult to define. Nevertheless, according to the archaeological data from the monuments located between the Pyvesa and Lėvuo rivers, the line of the eastern boundary of Semigallia may be drawn from Vabalninkas along the Apaščia River to its confluence with the River Nemunėlis. The distribution of Semigallian monuments (mounds and burial sites) shows that the areas inhabited by them in both the territory of what is now Latvia and the present territory of Lithuania did not differ in their size. The number of monuments inherited from them is nearly identical as well.